Welcome To The Aztaroth Wiki 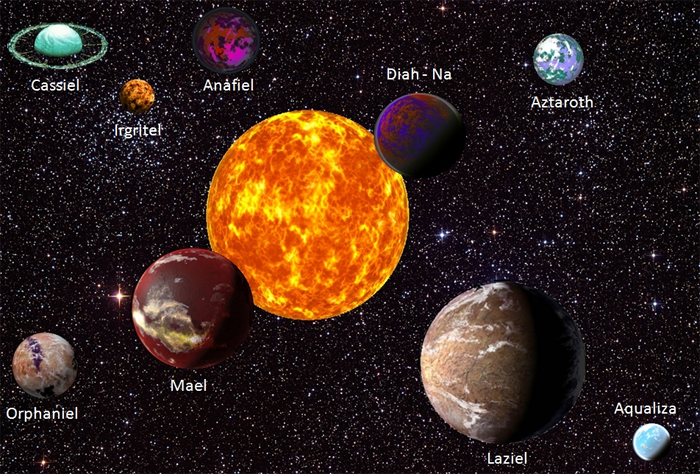 Great portals were constructed to allow for travel between all the worlds as each had their own special charm and feel, and for a time the universe was at peace.

Of all the Planets Aztaroth had always been regarded, by it’s inhabitants especially, as the most beautiful and mysterious, where myths and legends filled the air.

Centuries passed but tensions and envies threatened the harmony of the whole system.

During a great war, which lasted many years, all the portals were destroyed - those who were on Aztaroth at the time of the destruction were left on a planet of wonderment and beauty, where relics of an elder race still existed.

The few Portals that remained on Aztaroth allowed only travel across the world but not off it.

Ever since none have travelled between the planets and the common belief was that none will again....

even so there were hushed whispers that maybe, just maybe......

Retrieved from "https://aztaroth.fandom.com/wiki/Aztaroth_Wiki?oldid=4121"
Community content is available under CC-BY-SA unless otherwise noted.